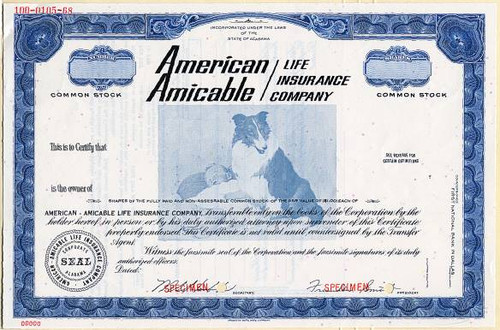 Beautifully engraved RARE specimen certificate from American Amicable Life Insurance Company printed in 1968. This historic document was printed by American Bank Note Company and has an ornate border around it with a vignette of a sleeping baby and a collie. This item has the printed signatures of the Company's President and Secretary and is over 45 years old. 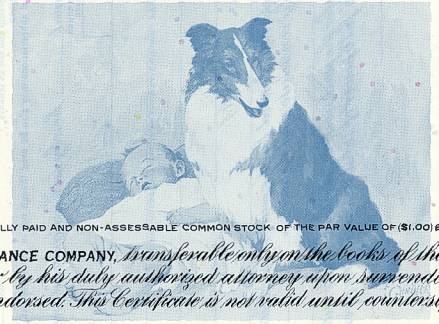 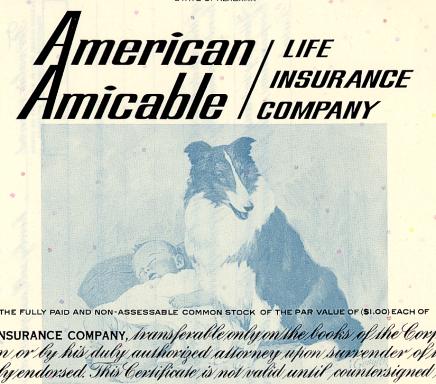