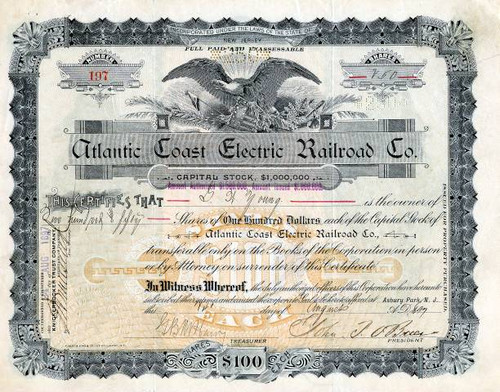 Beautiful uncancelled certificate from the Atlantic Coast Electric Railroad issued in 1897. This historic document has an ornate border around it with a vignette of an eagle. This item has the signatures of the Company's President, John P. O'Brien and Secretary, George B. M. Harvey and is over 113 years old. Issued to and signed on the verso by George W. Young.