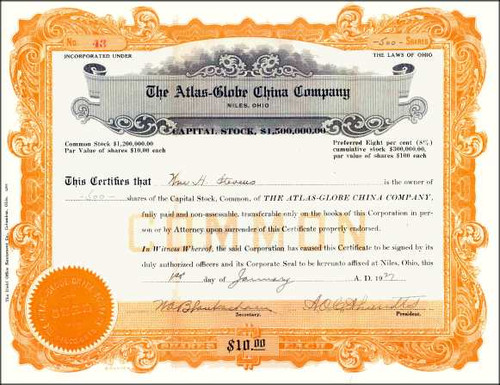 Beautifully engraved SCARCE certificate from the Atlas - Globe China Company dated 1927. This historic document has an ornate border around it with a vignette of the company's name in a fancy border. This item hand signed by Company's President ( A O C Ahrendts ) and Secretary ( W. A. Blanksehaen ).