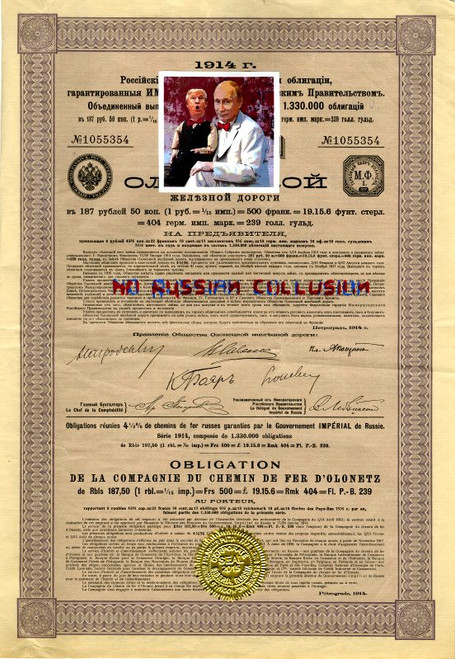 Original historic Russian Imperial Bond Certificate from the Olonetsk Railway issued in 1914. This authentic Russian Bond document has an ornate border around it is over 112 years old. Added to this certificate is an image of DonaldTrump and Putin added to the top of the bond as well as the words "No Russian Collusion". This bond will make a great gift for that someone special. There is also an embossed corporate seal which says "Donald Trump / Vladimir Putin Fake News Service, Inc. 2016". 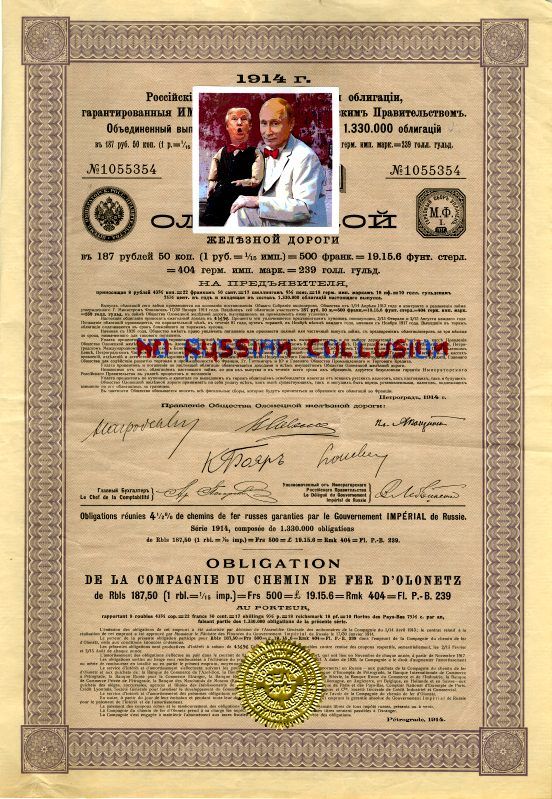 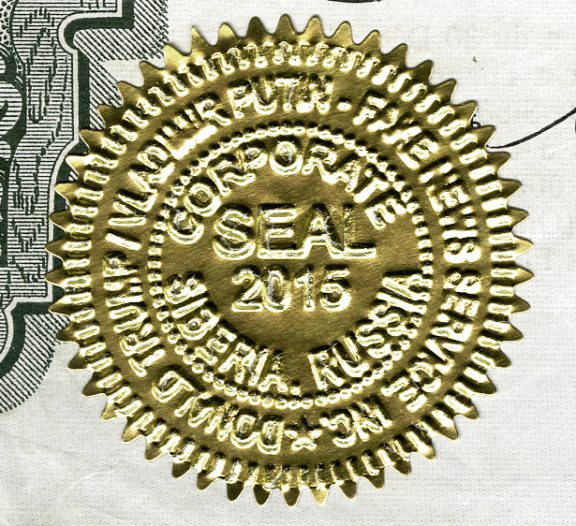