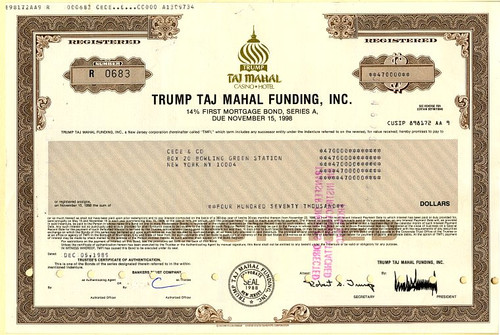 Beautifully engraved $470,000 cancelled Bond Certificate from Trump Taj Mahal Funding, Inc.. This historic document was printed by the Security-Columbian United States Banknote Corporation in 1989 and has an ornate border around it with a vignette of the company logo. Light crease. Punch cancelled. This item has the printed signatures of the Company's President ( Donald Trump ) and Secretary (Robert Trump). Punched cancelled. 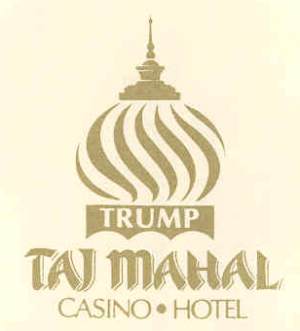