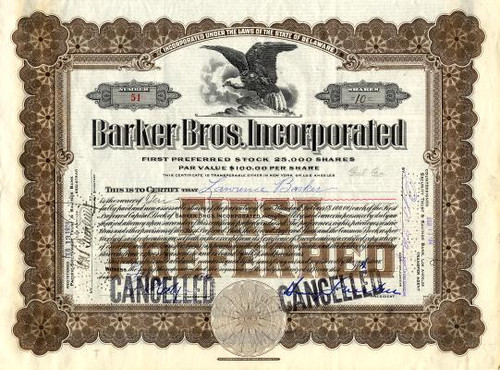 Beautifully engraved certificate from the Barker Bros. Incorporated issued in 1924. This historic document was printed by W. P. Jeffries Banknote Company and has an ornate border around it with a vignette of an eagle perched on a rock surveying the area below. This item is hand signed by the Company's President and Secretary and is over 82 years old. The certificate was issued to Lawrence Barker and is signed by him on the verso. 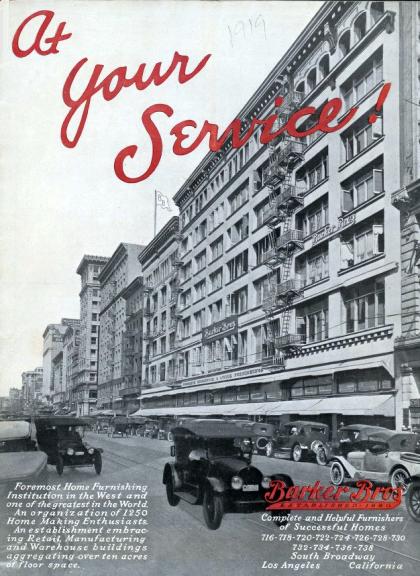