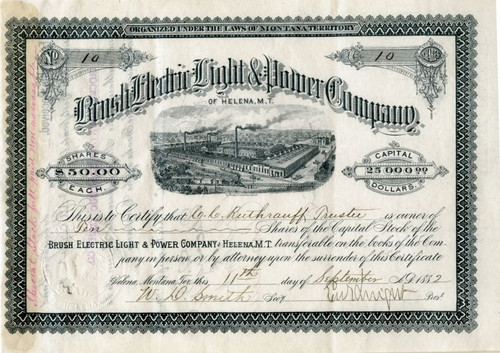 Beautiful RARE stock certificate from the Brush Electric Light & Power Company issued in 1882. This historic document has an ornate border around it with a vignette of the Cleveland Manufacturing facility. The company was incorporated in the Montana Territory. This item is hand signed by the Company's President and Secretary and is over 121 years old. There are only a few of these certificates that have been signed and issued. This is certificate number 9. Light ledger residue on left margin, otherwise EF+. Clean signatures. 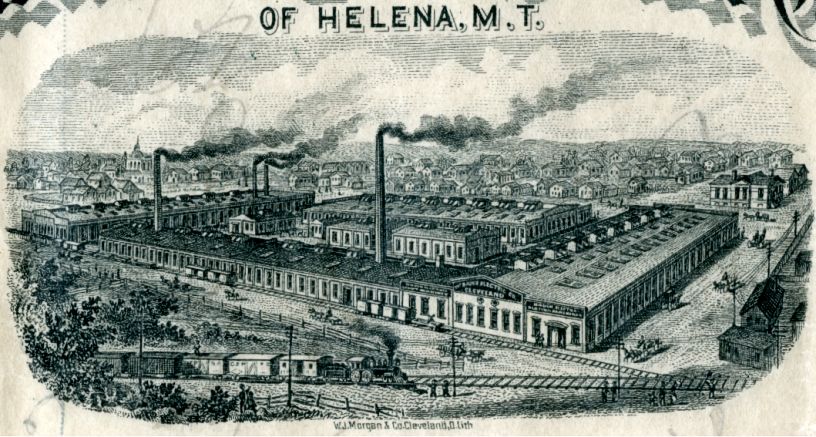