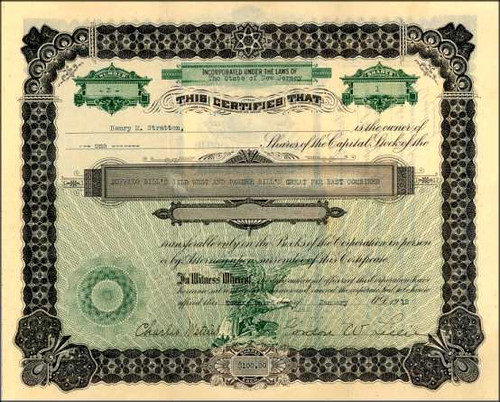 Beautifully engraved certificate from the Buffalo Bill's Wild West and Pawnee Bill's Great Far East Combined issued in 1912. This historic document has an ornate border around it with a vignette of an eagle perched upon a rock with its wings spread. This certificate is # 3 and was issued to Henry M. Stratton. This item is hand signed by the company's officers including the President, Gordon W. Lillie ...Pawnee Bill and the company's Treasurer, Charles Metius. This historic item is over 89 years old. I sent a copy of this certificate to the Buffalo Bill Museum / Buffalo Bill Historical Center in Cody, Wyoming. They found 3 similar stock certificates. #2 was issued to Charles Metius; #4 to William F. Cody; and #5 to Gordon W. Lillie. They did not know who was issued certificate #1. 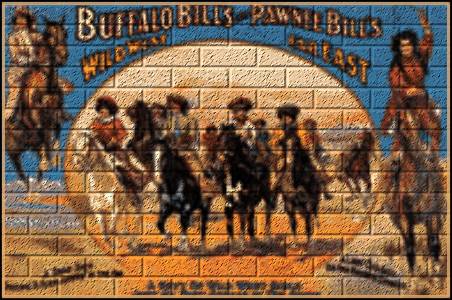 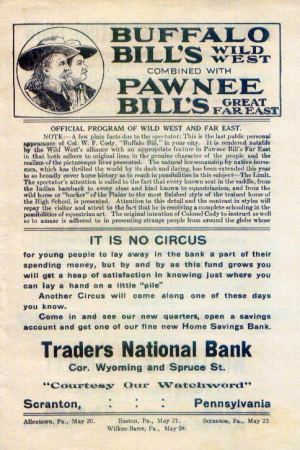