Historic Dividend check from the California Street Cable Railroad Company issued no later than 1898. The Check is hand signed by James B. Stetson as President and Albert Stetson as Secretary. James B. Stetson came to California as a gold seeker in 1849 and did well in prospecting. He fared even better as a merchant, and served as President of the California Street Cable Railroad Co. from 1888 to 1911. This check is over 107 years old. 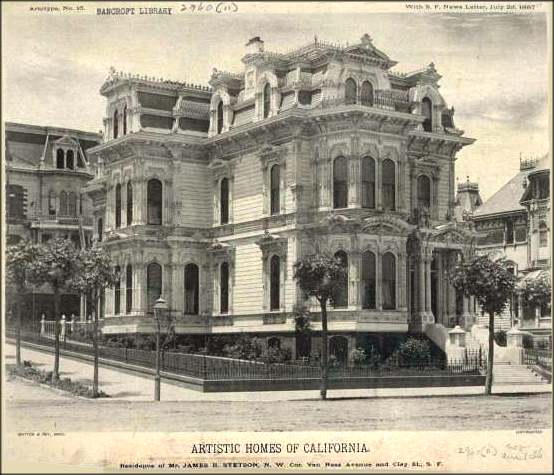 James B. Stetson's House in San Francisco
San Francisco's cable cars are unique in that they are the only street railway in which the cars do not operate under their own power. Instead, the cars are propelled mechanically, by "gripping" and "ungripping" a continuously moving steel cable which runs in a conduit underneath a slot between the rails. The cable, in turn, is kept in motion by an engine in a centrally-located powerhouse. 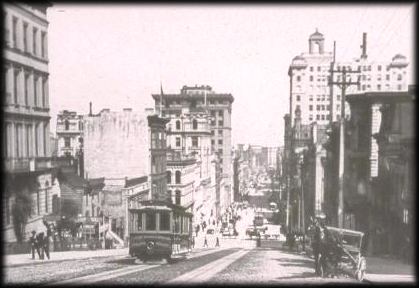