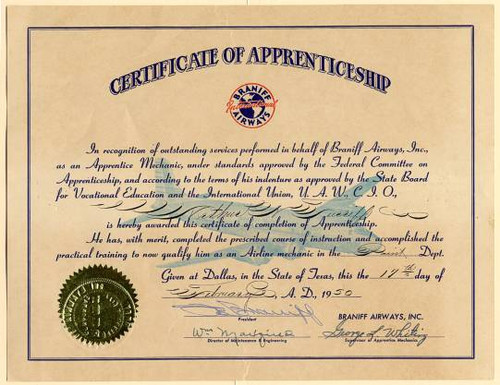 Beautiful Certificate of Apprenticeship from the Braniff International Airways issued in 1950. This historic document has a border around it with a vignette of the company's logo, and an underprint of a 4 engine Braniff prop plane. This item has the signatures of the Company's President, Tom E. Braniff Director of Maintenance, and Supervisor of Apprentice Mechanics, and is over 60 years old.