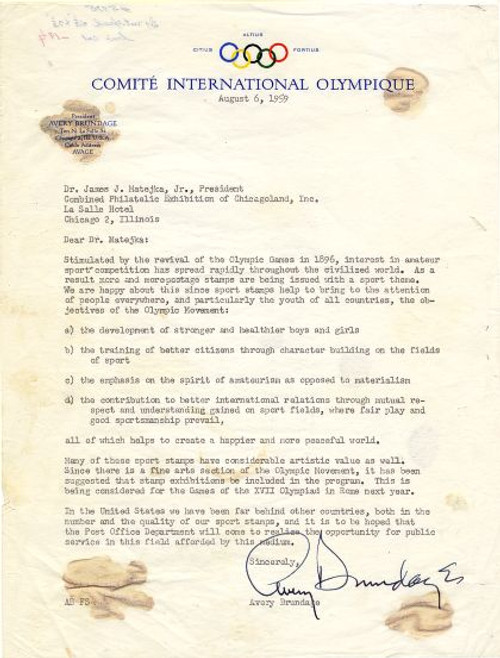 Beautiful letter to the Combined Philatelic Exhibition of Chigagoland, Inc from the Comite International Olympique issued in 1959. This historic document has an ornate border around it with a vignette of the Olympic's Logo. This item has the signature of an International Olympique President, Avery Brundage and is over 49 years old. Although stained in corners from mounting in a scrapbook, this is an interesting piece of Olympic History.