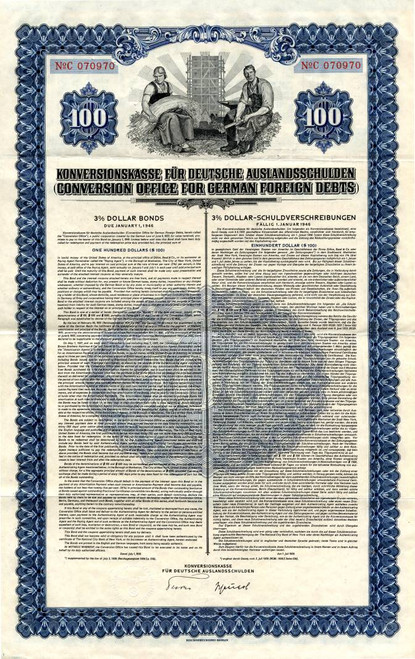 Beautiful $100 Bond certificate from the Conversion Office for German Foreign Debts printed in 1936. This historic document has an ornate border around it with a vignette of a man and woman worker sitting with the silhouette of a building under construction in the background. This item has a printed signature with the raised Nazi seal and is over 83 years old. Written in English and German. 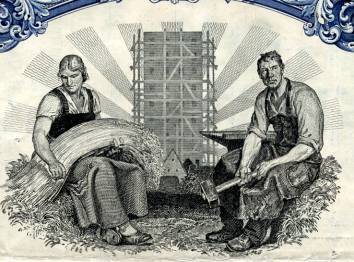