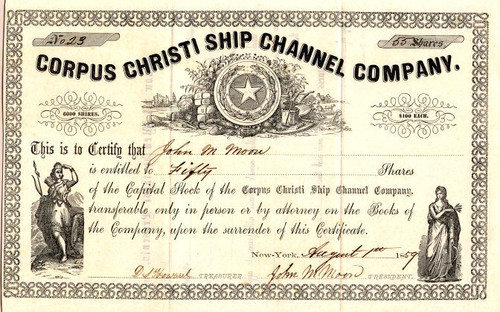 Beautiful certificate from the Corpus Christi Ship Channel Company issued in 1859. This historic document has an ornate border around it with vignettes of the state seal, an allegorial woman in warrior-dress, and an allegorial woman in contemplation. This item has been hand signed by the Company's President, John M. Moore, and Treasurer, D.S. Howard, and is over 152 years old. 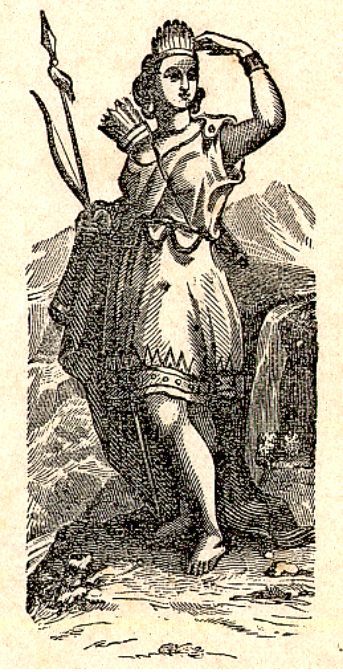