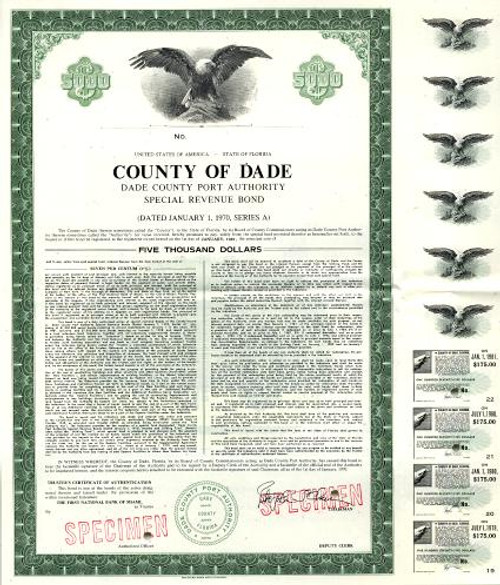 Beautifully engraved Specimen Special Revenue Bond from the County of Dade, Florida printed from 1961 to 1971. This historic document was printed by the Security Columbian Bank Note Company and has an ornate border around it with a vignette of an eagle. This item has the printed signature of the chairman is over 35 years old. Interest coupons attached on right side.