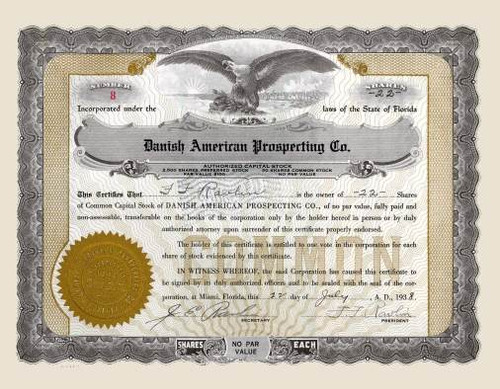 Beautifully engraved certificate from the Danish American Prospecting Co. issued in 1938. This historic document has an ornate border around it with a vignette of an eagle. This item is hand signed by the Company's President ( F. Ravlin ) and Secretary and is over 64 years old. 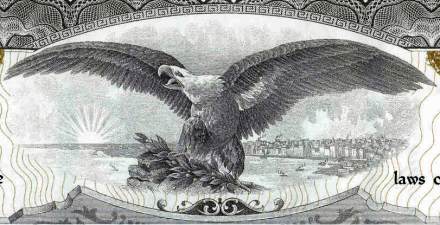 Certificate Vignette
Danish oil and gas deposits are found in the Danish sector of the North Sea, and the exploration of these deposits has always been subject to American interests and involvement. Historically, the adventure begins on shore in 1935, when the first Danish concession was awarded - and several exploration holes were drilled onshore - by the American F. Ravlin. This concession was later transferred to first Gulf and later Esso both of which gave it up after numerous dry wells in the 1950's.