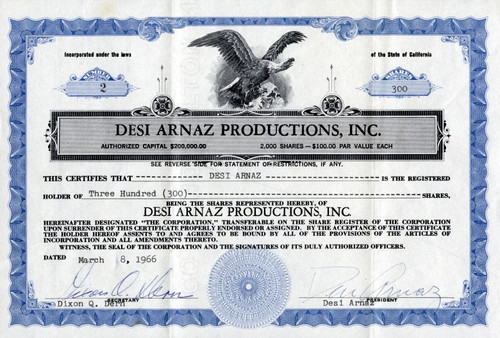 Beautiful RARE stock certificate #2 from Desi Arnaz Productions, Inc. issued in 1966. This historic document has an ornate border around it with a vignette of an eagle. This item has the original signatures of the Company's President, Desi Arnaz and Secretary, Dixon Q. Dern. Only two stock certificates were ever issued from this company. 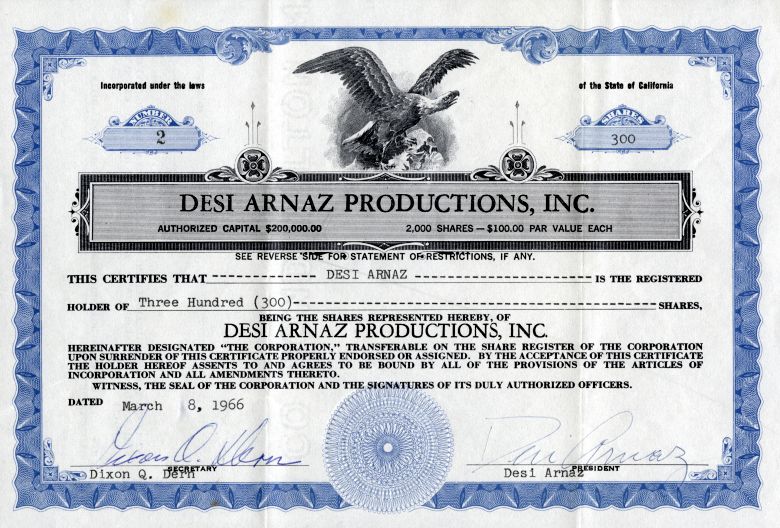