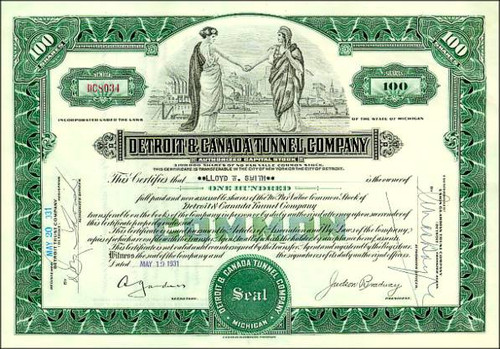 Beautifully engraved certificate from the Detroit & Canada Tunnel Company issued no later than 1931. This historic document was printed by the Central Banknote Company and has an ornate border around it with a vignette of an American woman shaking the hand of a Canadian woman. This item has the printed signatures of the company's president ( Judson Bradway ) and secretary ( A. Garden ) and is over 75 years old. The certificate is in excellent condition.