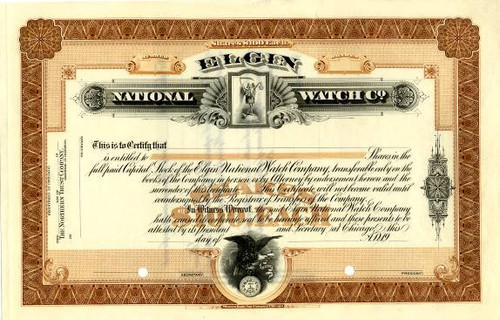 Beautifully engraved RARE SPECIMEN certificate from the Elgin National Watch Company printed in 1903. This historic document was printed by the Western Banknote Company Chicago and has an ornate border around it with an upper vignette father time holding a watch and a lower vignette of an eagle with an old pocket watch. This is the first time we have seen this specimen certificate for sale, possible unique. 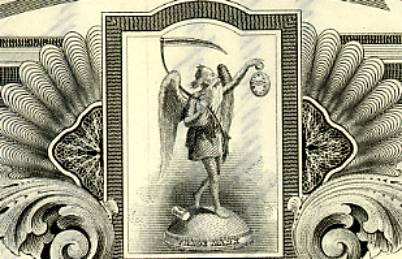