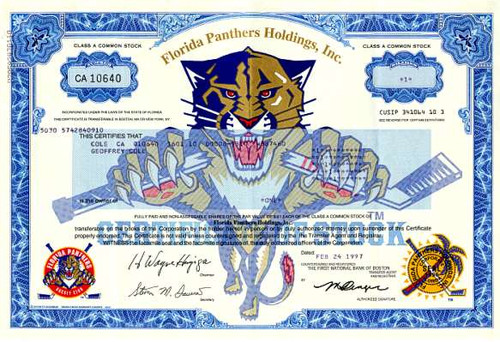 Beautifully engraved certificate from the Florida Panthers Holdings, Inc. issued no later than 1997. This historic document was printed by the Security Columbian Banknote Company and has an ornate border around it with an underprint of a panther breaking a hockey stick, and vignettes of the company's logo and corporate seal. This item has the printed signatures of the Company's Chairman ( H. Wayne Huizenga ) and Secretary. 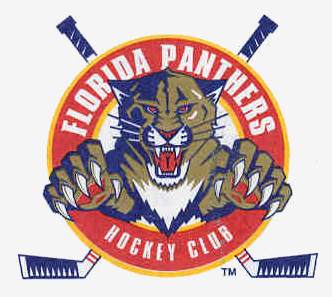