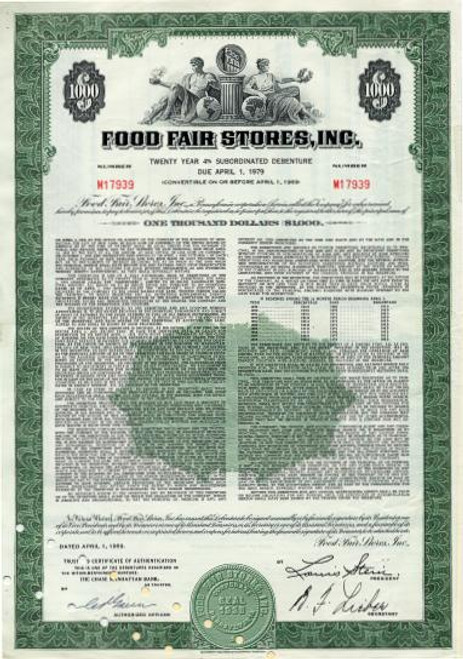 Beautiful certificate from the Food Fair Stores dated in 1959. This historic document was printed by Security-Columbian Banknote Company and has an ornate border around it with a vignette of an allegorical man and woman next to two globes. This item has the signatures of the Company's President and Secretary and is over 48 years old.

Certificate Vignette
Incorporated in the state of Pennsylvania in 1935, Food Fair was once one of the 5 top grocery chains in the country. It also had stores in California and Nevada under different names. The Friedlander family controlled the company and Revlon Corp. was involved with its its buyout and eventual liquidation. At one time the company was an innovator in many concepts that became popular later in retail grocery such as: electronic registers, scanning, discount grocery stores (Pantry Pride), etc. History from Wikipedia and OldCompanyResearch.com.