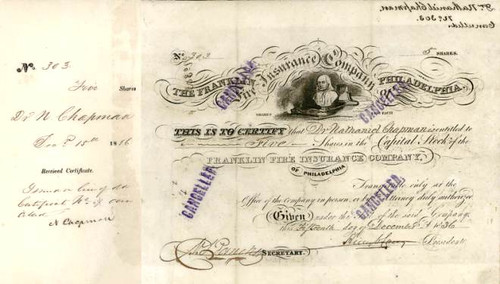 Beautiful RARE stock certificate from the Franklin Fire Insurance Company of Philadelphia issued in 1836. This historic document has a vignette of a bust of Ben Franklin next to a lit torch with an early fire hose. This is the earliest insurance company stock certificate we have seen with a vignette. This item is hand signed by the Company's President, Henry C. Carey and is over 176 years old. Stamped cancelled. The certificate was issued and signed on the ledger receipt (Left Side) by Dr. Nathaniel Chapman who was one of the founders and the first president of the American Medical Association. 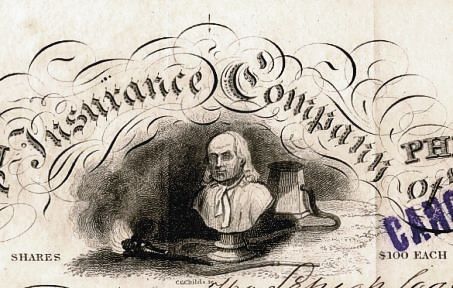