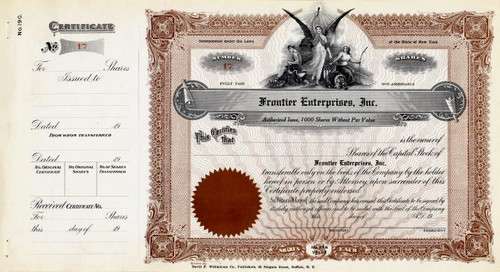 Beautifully printed unissued certificate from the Frontier Enterprises, Inc. printed in 1929. This historic document was printed by the David F. Williamson Co., Publishers, 43 Niagara Street, Buffalo, N.Y. and has an ornate border around it with a vignette of a winged allegorical woman holding a beacon of light with a boy craftsman to her right and a young girl harvester on her left. 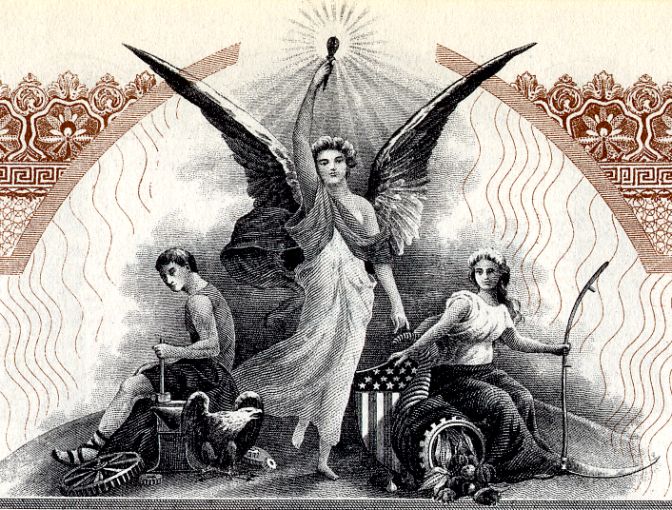