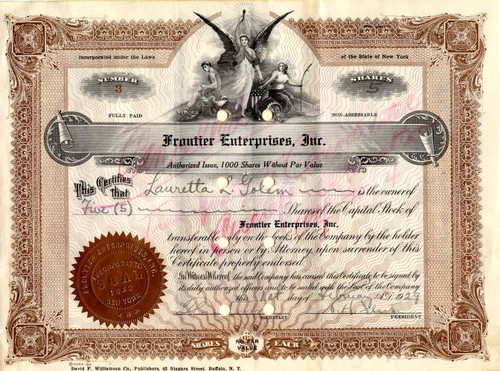 Historic Stock certificate from Frontier Enterprises Incorporated Company issued in 1929. This historic document was printed by the David F. Williamson Co., Publishers and has an ornate border around it with a vignette of an allegorical woman. This item has the signatures of the Company's President, Reuben H. Fleet and Secretary, and is over 93 years old. Punch cancelled, holes not affecting signature. Frontier Enterprises Inc was established as a holding company for Tonawanda Products. 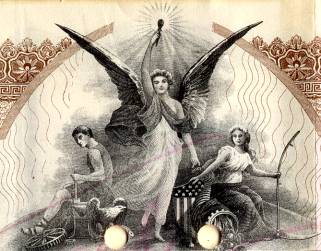