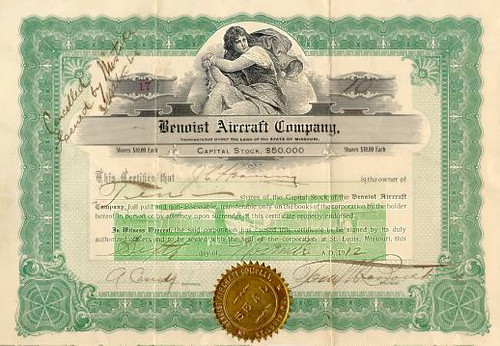 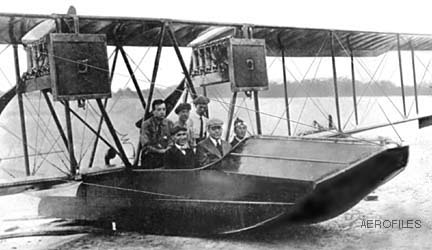 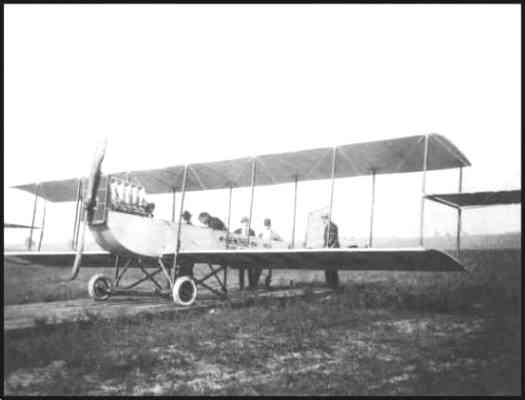 In conformity with the most advanced principles of aero- dynamics and the result of four years' practical aeroplane construction, the new 1912 tractor biplane of the Benoist Aircraft Company has been produced. In the words of some forgotten philosopher, "experience do teach." Modification in design made in the Benoist machine, being those found by every-day flying experience to be the best, has resulted in the design shown herewith. In the new model the question of head resistance has rightly been considered of paramount importance, and has been obtained by inclosing the seats for the pilot and passenger within a streamline body of similar shape to the Nieuport monoplane, which obtained its wonderful speed chiefly by the lessened resistance in the body used. In addition to the body inclosing the pilot and passenger, it is also designed to inclose all control levers and the gasoline tank, so that the only exposed parts are the planes, struts and landing gear. The body is made sufficiently wide to accomodate two passengers side by side on the front seat. This seat is located approximately over the center of gravity of the ma- chine, so that there is no change in trim when flying without passengers. The chief measurements of the new model are as follows: Spread of main planes, 35 feet; length over all, 24 feet; chord, 4 feet 9 inches; area of main planes, 240 square feet; area of rudder, 7.5 square feet; area of elevator, 26.6 square feet; area of ailerons, each, 20 square feet; weight empty, 925 pounds; useful load, 500 pounds. The motor, a six-cylinder 75 hp Roberts, is mounted in front just behind the automobile type of radiator. In the Gallery 1 rear of the motor the passenger and pilot seats are placed such a distance apart that the head resistance is at a mini- mum. The ailerons, elevator and rudder are of the flexing type developed by the Benoist company, the rudder being wholly above the elevator. The landing gear is of the well- known Benoist type, being a combination of wheels and skids united through the medium of steel springs as the shock-absorbing medium. That such a system of shock ab- sorption is satisfactory may be judged by the fact that since its adoption a year ago, not a breakage has been recorded against it. The efficiency of the new model is well attested by its greatly increased speed over the older models of the same horsepower and its much flatter gliding angle. This quality is of greater importance than speed for cross-country flying, for which this new model is primarily intended. The land- ing gear design is such that pontoons for hydro work can be attached without difficulty or other change in the ma- chine. The planes are covered with Goodyear fabric, no.10. The standard size of the gasoline tank has a capacity of 15 gallons, sufficient for two hours' flying. Feed to the car- bureter is assured by an air pressure of about two pounds, maintained in the gasoline tank by means of an automobile air pump. An auxiliary air pump to be worked by hand is also supplied. The pressure on the tank is indicated by a guage placed in front of the aviator. The speed of the motor is indicated by an electric tachometer, placed in full view of the pilot, so that the flight speed is at all times relatively known.

Scully, Jones and Company (Signed by Scully and Jones) - Illinois 1912