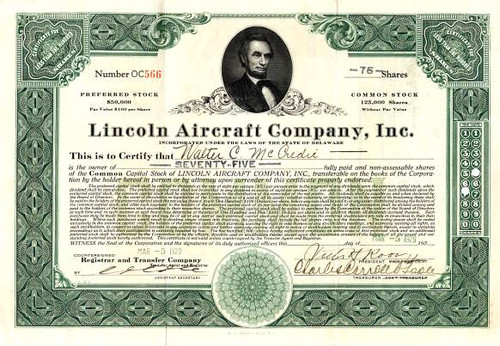 Beautiful certificate from the Lincoln Aircraft Company issued in 1929. This historic document was printed by the W. N. Perrin Co N,Y. and has an ornate border around it with a vignette of Abe Lincoln. This item has the hand signatures of the Company's President ( Victor Roos ) and Secretary ( Charles Carroll O'Toole ).