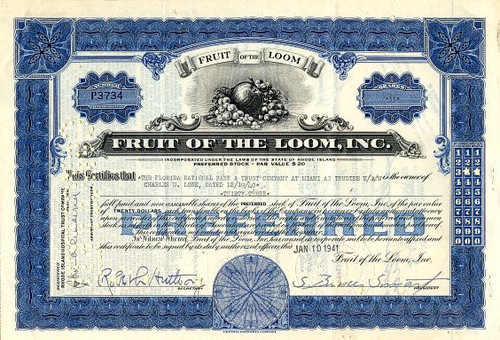 Beautiful certificate from the Fruit of the Loom, Inc issued in 1947. This historic document was printed by Central Banknote Company and has an ornate border around it with a vignette of a display of fruit - the company logo. This item has the signatures of the Company's President, S. B. Smart and Secretary and is over 73 years old. 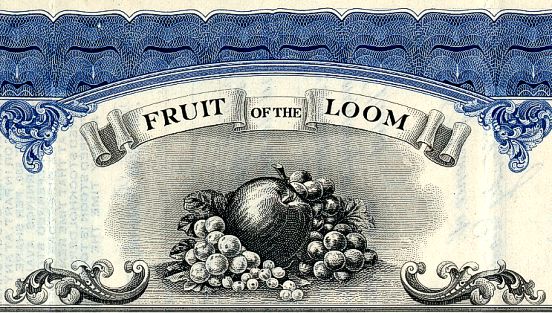 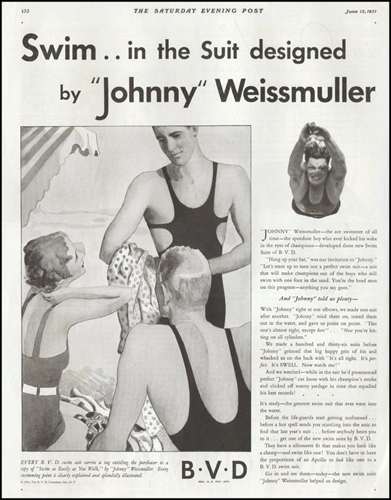 In 1951, BVD merged with Superior Mills. Together they revolutionized the industry by introducing radically new merchandising techniques. BVD was the first to package underwear in polybags (industry term for plastic bags) for the mass market, developed attractive store fixtures, and led the way in consumer promotions. During this same time period, BVD also became a vertically integrated company, controlling operations from the point of raw cotton all the way to finished goods. Extremely advanced for the 50's and still very rare today. Throughout the 60's and 70's BVD continued to evolve into an American icon and a popular national brand. BVD had the foresight to introduce fashionable underwear utilizing the one time popular nylon tricot and mesh underwear, stretch nylon underwear and 'sportops', the most popular pocket tee asked for by name to name a few. In 1976, Fruit of the Loom, Inc. purchased BVD, bringing worldwide opportunities to the brand. With Fruit of the Loom's strong heritage of men's underwear apparel, BVD focused its efforts solely toward men. History from press information. The Company extensively markets its activewear and, to a lesser extent, other products outside the United States, principally in Europe, Canada, Japan and Mexico. In order to serve these markets, the Company has manufacturing plants in Canada, the Republic of Ireland and Northern Ireland (United Kingdom), as well as manufacturing operations in Morocco where cut fabrics from the Republic of Ireland are sewn and returned to Europe for sale.