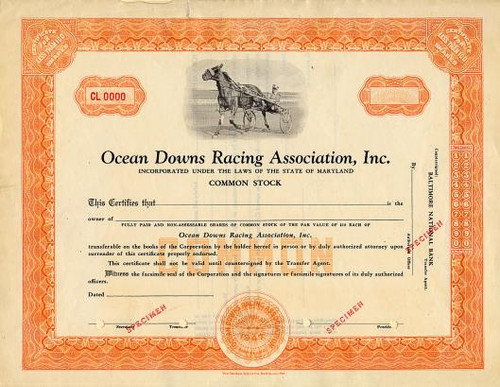 Beautiful specimen certificate from the Ocean Downs Racing Association dated in 1947. This historic document was printed by Barton-Gillet Company and has an ornate border around it with a photo vignette of a harness racehorse and jockey. This item is over 67 years old. 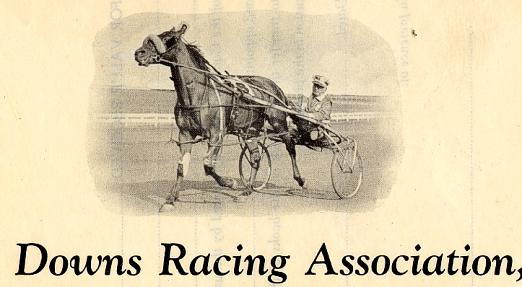