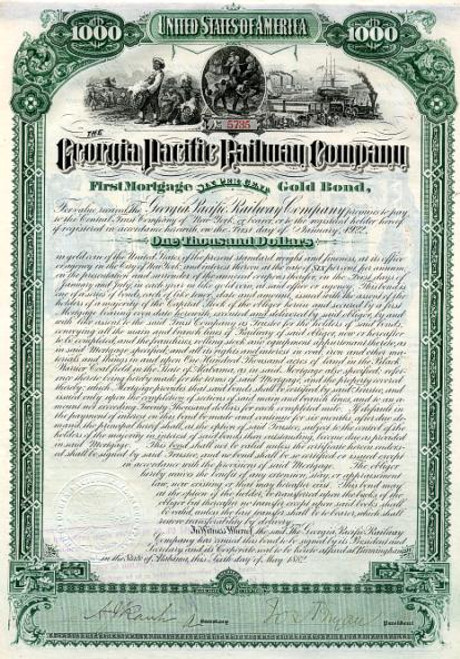 Beautifully engraved SCARCE $1,000 6% 40 year Gold Bond Certificate from Georgia Pacific Railway Company This historic document was printed by the American Banknote Company and has an ornate border around it with a vignette of miners underground flanked by cotton pickers and a train at a busy dock. This item has the signatures of the Company's President, Joseph Bryan and Secretary, A. J. Rank, Jr. and is over 124 years old. This is the first time we have had this bond for sale.