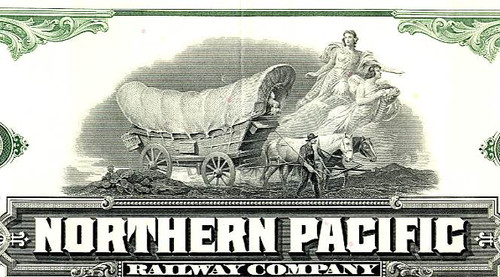 Beautifully engraved certificate from the Northern Pacific Railway Company issued in the 1960's. This historic document was printed by the American Banknote Company and has an ornate border around it with a vignette of a Conestoga Wagon and Allegorical Angelic women flying in the clouds on the side. This item has the printed signatures of the Company's President and Secretary, and is over 34 years old. 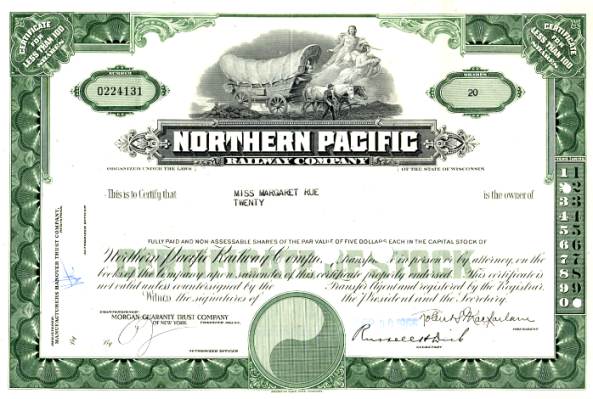 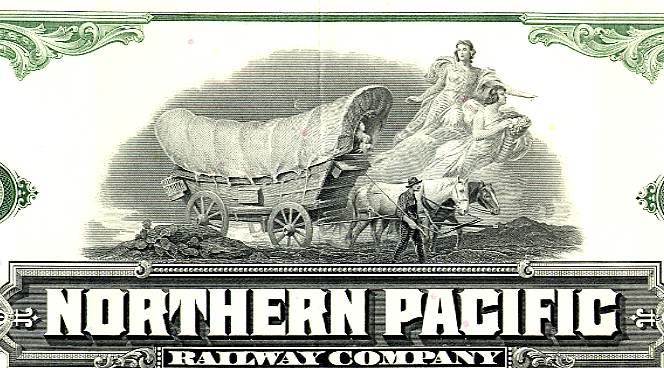 Certificate Vignette
One of the northern transcontinental railroads of the United States, operating between St. Paul, Minn., and Seattle, Wash., and merged into the Burlington Northern in 1970. The Northern Pacific was chartered by Congress in 1864 to build a line from Lake Superior westward to a port on the Pacific coast and was given a land grant of 40,000,000 acres (16,200,000 hectares).