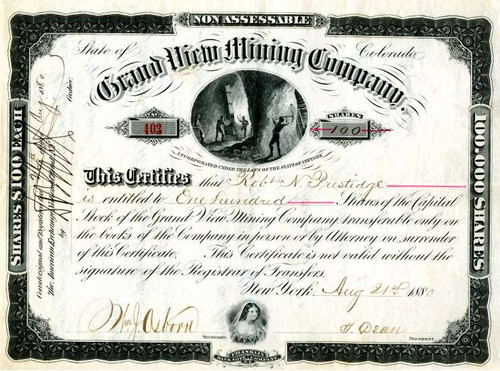 Beautiful certificate from the Grand View Mining Company issued in 1880. This historic document was printed by the Franklin Bank Note Company and has an ornate border around it with a vignette of miners. This item has the original signatures of the Company's President, H. Dean and Secretary, William J. Osborn and is over 133 years old. 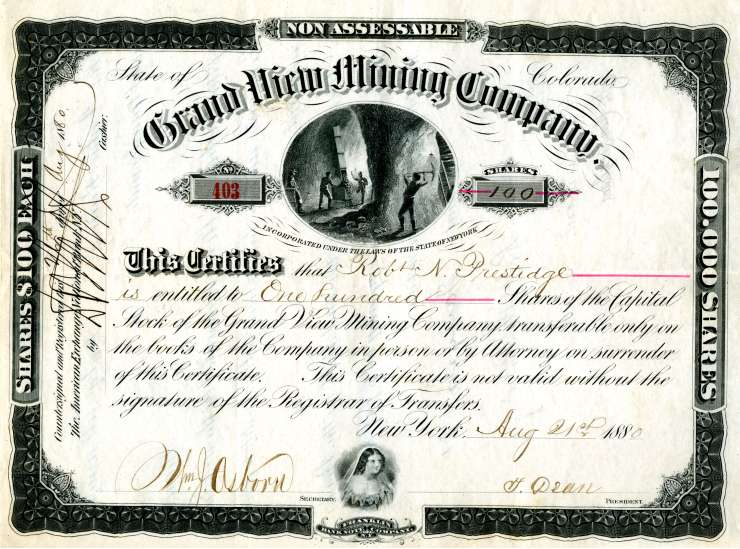 Certificate
Grand View Mining Company, a corporation organized under the laws of New York, from its organization until about the fifteenth day of July, 1880 In the spring of 1879 rich oxidized silver ore was discovered on N..... Baby Hill, and a rush to the district from the neighboring camps followed. Several claims on N..... Baby Hill were sold to the Grand View Mining Co., in which Senator Jones and John W. Mackay, well known for their operations on the Comstock, were prominent stockholders.