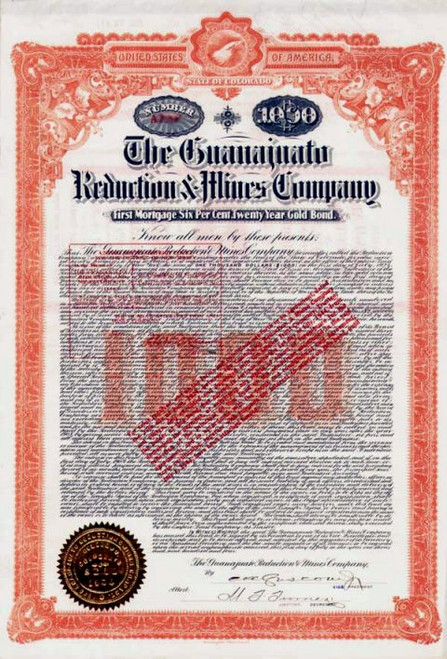 Beautiful uncancelled gold bond certificate from the Guanajuato Reduction & Mines Company issued in 1904. The company was incorporated in Colorado. This historic document has an ornate border around it with a vignette of an eagle. This item has the signatures of the Company's officers. 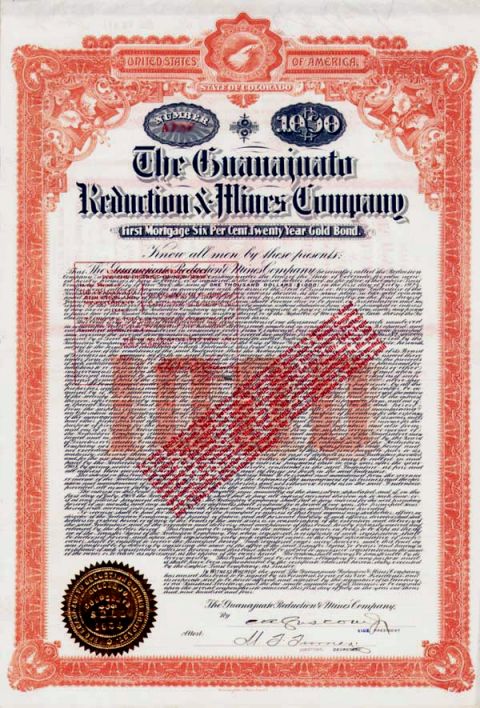