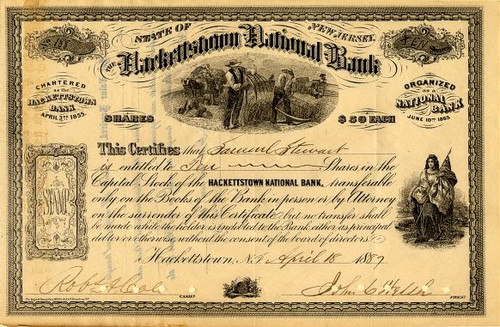 Beautiful certificate from the Hackettstown National Bank issued in 1895 or earlier. This historic document was printed by Major & Knapp Engineering Company and has an ornate border around it with a vignettes of a group of farmers working in a field and Lady Liberty on the right side. This item has the signatures of the Company's President (John Welsh or Seymour Royal Smith) and Cashier, Robert A. Cole and is over 113 years old.