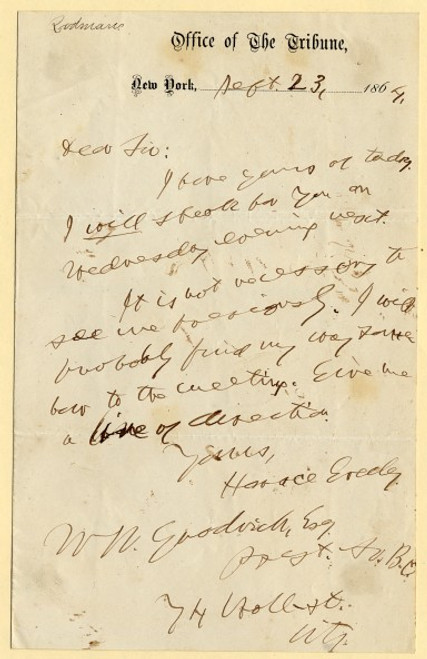 Historic handwritten note from Horace Greeley on Office of the Tribune letterhead dated September 23, 1864 during the Civil War. This historic document has the signatures of the Horace Greeley, and W. Goodwich, and is over years 146 old.