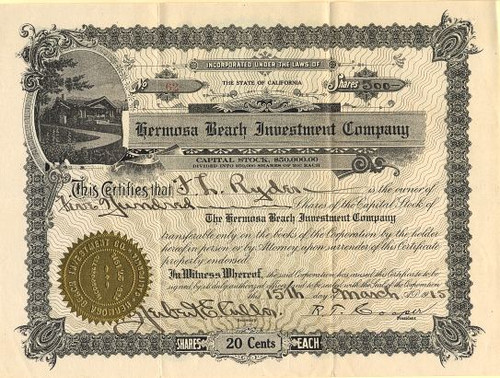 Beautiful certificate from the Hermosa Beach Investment Company issued in 1915. This historic document was printed by Goes Banknote Company and has an ornate border around it with a vignette of a house. This item has the signatures of the Company's President, Robert Treasure Cooper and Secretary, Herbert Culler and is over 94 years old. This is the only example of this company's certificate we have seen. 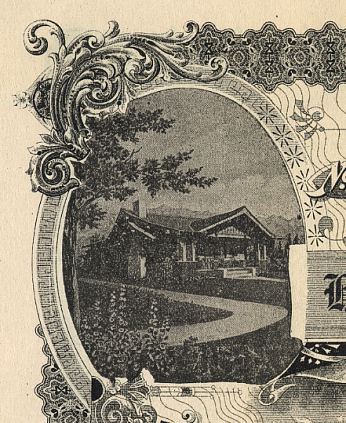