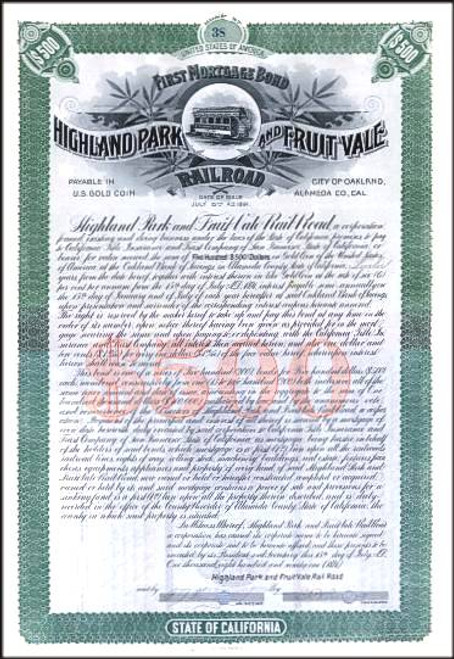 Beautifully engraved Bond certificate from the Highland Park and Fruit Vale Railroad issued in 1891. The bond was issued for $500 and was payable in Gold Coin. This historic document has an ornate border around it with a vignette of an unusual double decker car witn an underprint of $500. This item is hand signed by the Company's President ( E. C. Sessions ) and Secretary ( F. J. Woodward ) and is over 123 years old. 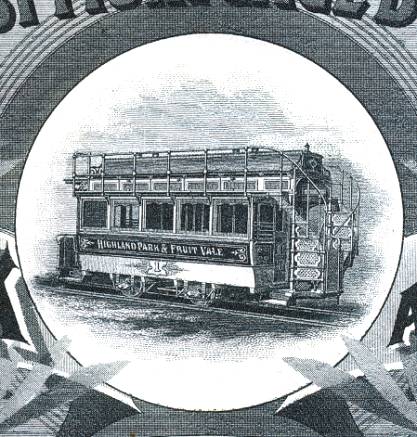