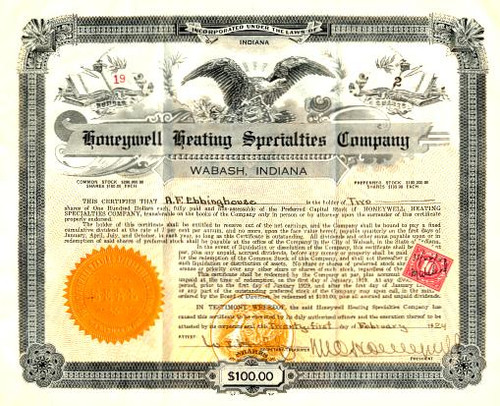 Beautiful certificate from the Honeywell Heating Specialties Company issued in 1924. This historic document has an ornate border around it with a vignette of an eagle and an orange underprint of a dog on the bottom. There is also an embossed corporate seal. This item has the signatures of the Company's President, Mark C. Honeywell and Secretary, W. J. Huff and is over 90 years old. This company's stock certificate is quite scarce.