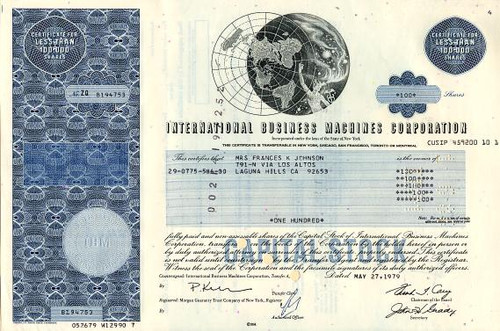 Beautifully engraved Blue Certificate from the famous International Business Machines Corporation (IBM) issued no later than 1985. This historic document has an ornate block border with a vignette Mercury flying over the globe. This item has the printed signature of the company's officers and is over 25 years old. 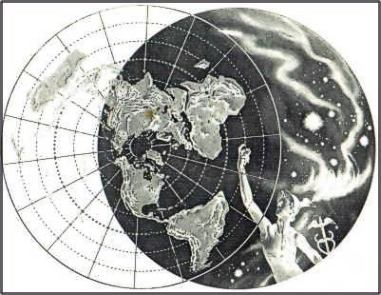