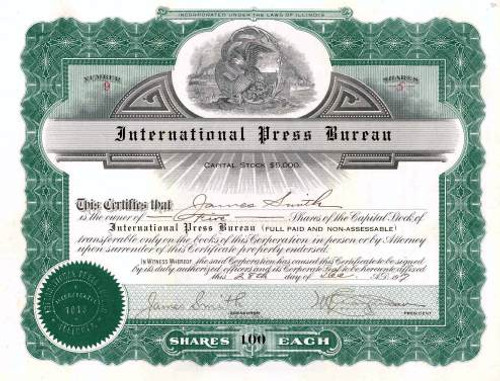 Beautifully engraved certificate from the International Press Bureau issued in 1917. This historic document has an ornate border around it with a vignette of an eagle with a shield. This item is hand signed by the Company's President ( William Gerard Chapman ) and Secretary and is over 85 years old. 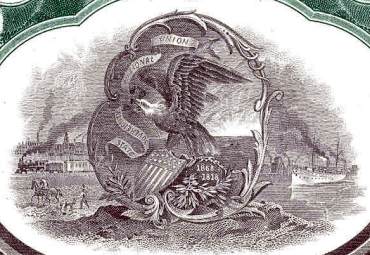 Certificate Vignette
William Gerard Chapman, 1877-1945, president of the International press bureau, Chicago, Illinois, a literary agency which sold and syndicated short stories, serials, and feature articles in newspapers and magazines in the United States and in several foreign countries.