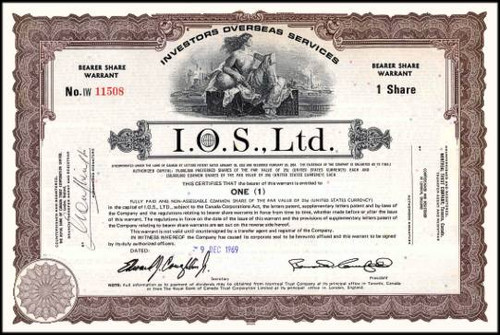 Beautifully engraved Certificate from the Investors Overseas Services issued in 1970. This historic document was printed by the Canadian Banknote Company and has an ornate border around it with a vignette of of a semi nude female sitting in front of an major industrial facility above the company's nototious logo. This item has the printed signatures of the company's officers including Bernard Cornfeld as President and is over 41 years old. There are 32 unused coupons attached to the bottom of this certificate not shown in the scan. 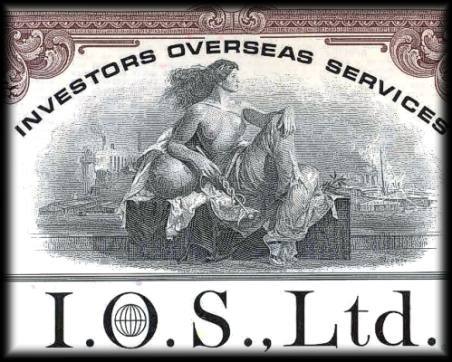