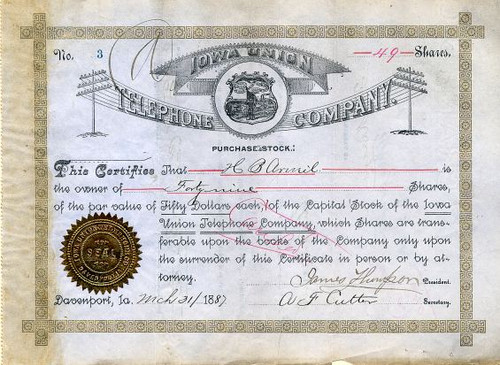 Beautiful early telephone certificate #3 from the Iowa Union Telephone Company issued in 1887. This historic document has an ornate border around it with a vignette of the company name strung out on telephone wires with telephone poles at both ends and the state's coat of arms in the center of the company name. This item has the signatures of the Company's President, James Thompson and Secretary, A. F. Cutter and is over 122 years old.