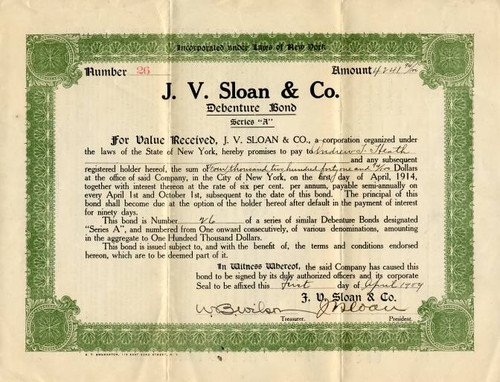 Beautiful certificate from the J.V. Sloan & Company issued in 1904. This historic document was printed by the S.T. Swenarton Company and has an ornate border around it with a vignette of the company name. This item has the original signatures of the Company's President, and Treasurer, and is over 109 years old. 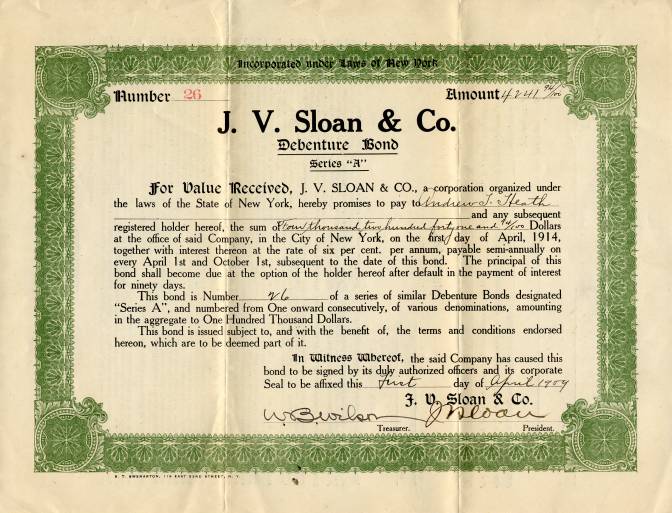 Certificate
SLOAN BACK IN BUSINESS - 1915 J. V. Sloan, who formerly conducted one of the leading newspaper feature services in this country, has returned to business for himself after spending some time with the New York Press in charge of its syndicate business. Mr. Sloan has just resigned from the Press and opened offices at 303 Fifth avenue to act as a syndicate agent. He will continue in charge of the New York Press' fiction section, but will also take on other attractive syndicate features for newspapers. Mr. Sloan says he has two very good ideas for syndicate features, which he is working out, but that the details are not ready for announcement