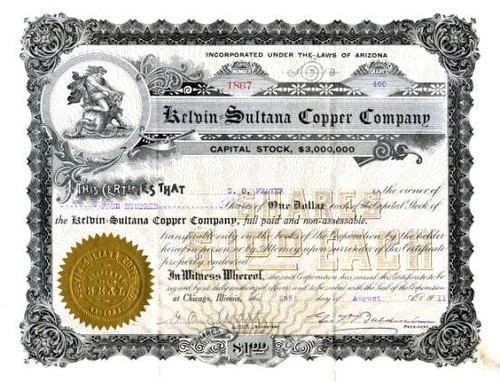 Beautifully engraved certificate from the Kelvin Sultana Copper Company issued in 1911. This historic document has an ornate border around it with a vignette of a man wrestling an animal. This item is hand signed by the Company's President ( Geo. Baldwin ) and Assistant Secretary and is over 93 years old. 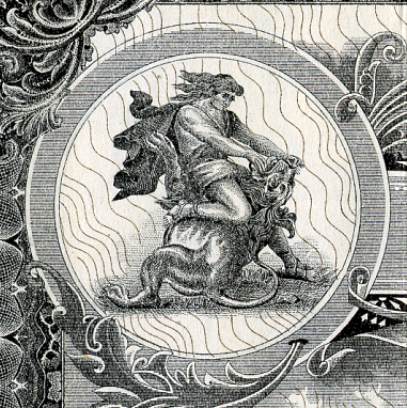 Certificate Vignette
The company owned 21 claims in the Ures district of Mexico. Primary property was located in Arizona. Owned Riverside and Bryan groups in the Riverside district, 1.5 miles southeast of Kelvin. Average ore assay was 6% copper, 15% iron and 4 ounces silver per ton. The company predicted to produce 1000 tons in 1910, "which prediction was entirely unwarranted by development and ore in sight." (Copper Handbook, 1910, p.1021-22)- Holabird