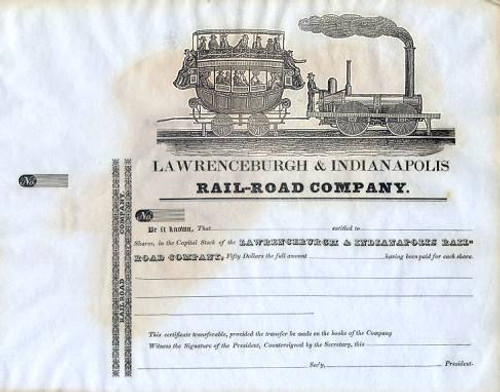 Beautiful unissued stock certificate from the Lawrenceburgh & Indianapolis Rail-Road Company printed in the late 1830's. This historic document has an ornate border around it with a fantastic vignette of steam powered train pulling a double decker carriage with passengers. Please note the light age stain in the center of the document. This highly desirable item is one of the earliest train company certificates around and is over 175 years old. 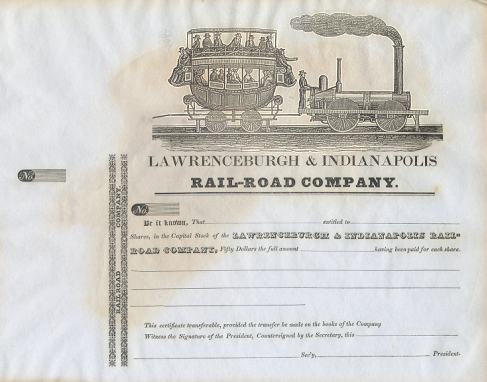