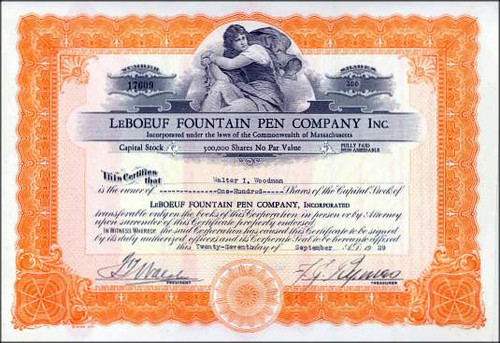 Beautifully engraved certificate from the LeBoeuf Fountain Pen Company issued in 1929. This historic document has an ornate border around it with a vignette of an allegorical woman. This item is hand signed by the Company's President and Treasurer and is over 73 years old. 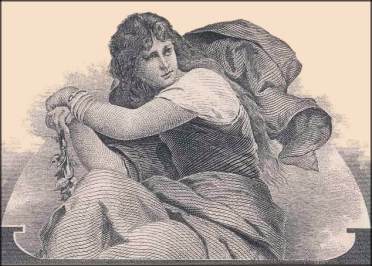 Certificate Vignette
The company was incorporated in 1921 and was headquartered in Springfield, Massachusettes. The company went bankrupt in 1933. In 1995, a new company began producing pens using the famous LeBoeuf name. The company patented a method in 1919 for producing barrels and caps out of tubing versus drilling them out of rod stock. As a result, they were able to use materials different from other manufacturers which enhanced their look. They also utilized a barrel liner made of metal and claimed that the pens were unbreakable. All were lever fillers until 1930 thereafter used barrel liner to operate as full or half length sleeve fillers.