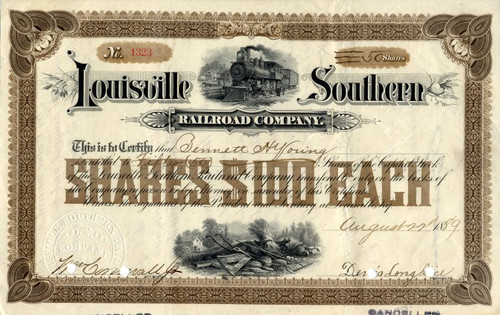 Beautifully engraved SCARCE certificate from the Louisville Southern Railroad Company issued in 1890. This historic document was printed by New York Bank Note and has an ornate border around it with a vignette of man putting coal in the boiler. This item is hand signed by the Company's President and Secretary and is over 118 years old. 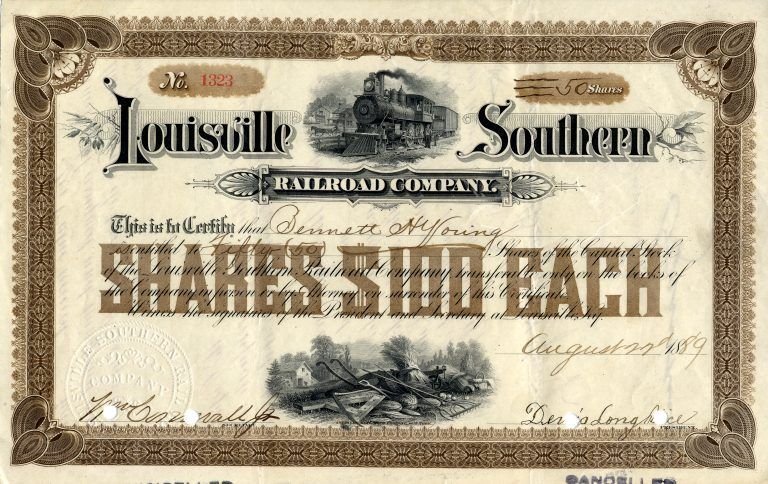 Certificate
The Louisville Southern Railroad Company was incorporated in Kentucky in 1884 by an act that changed the name of the Louisville, Harrodsburg and Virginia Railroad Company. The line opened from Louisville to Burgin, Kentucky (83 miles) in 1888. It consolidated with the Versailles and Midway Railway Company in 1889 and part of the East Tennessee, Virginia and Georgia system from 1890-1892. It was controlled by the Southern Railway Company after 1894.