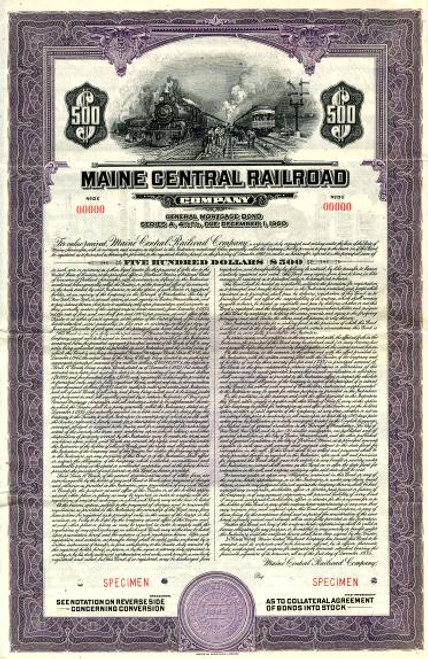 Beautiful certificate from the Maine Central Railroad dated 1935. This historic document was printed by the American Banknote Company and has an ornate border around it with a vignette of two trains with workers between them. This item is over 71 years old. 50 coupons attached on right side. 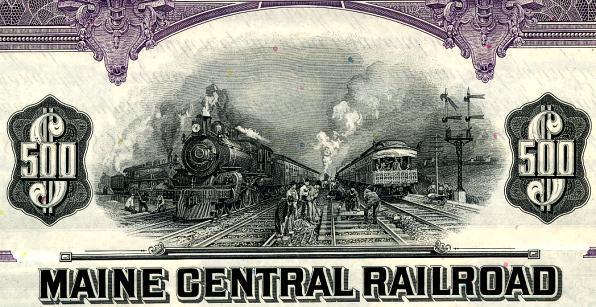