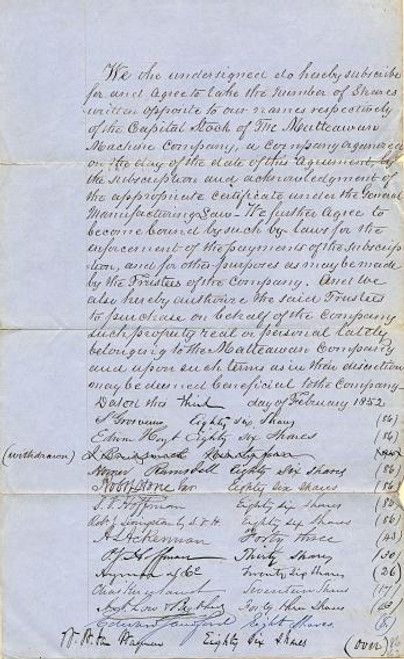 Stock Subscription from the Matteawan Machine Company issued in 1852. This historic document was handsigned signed by all of the shareholders next to the number of shares they purchased. 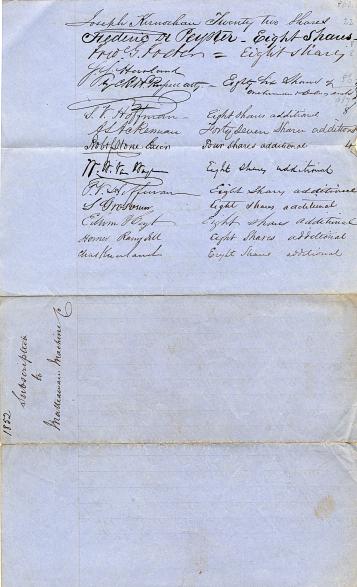