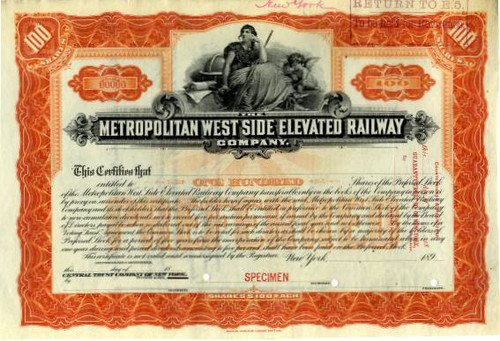 Beautifully engraved certificate from the Metropolitan West Side Elevated Railway Company. This historic document was printed by American Bank Note Company and has an ornate border around it with a vignette of an allegorical woman sitting on a bench with a cherub on her side. 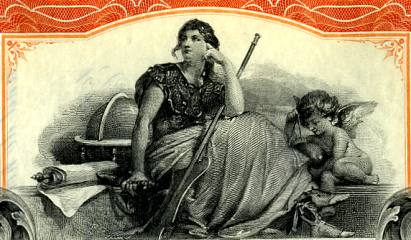