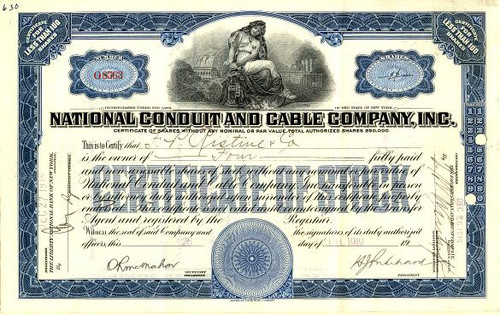 Beautifully engraved certificate from the National Conduit Cable Company, Inc. issued in 1920. This historic document was printed by the American Banknote Company and has an ornate border around it with a vignette of an allegorical woman with manufacturing plants in the background. This item is hand signed by the Company's President and Secretary and is over 85 years old. 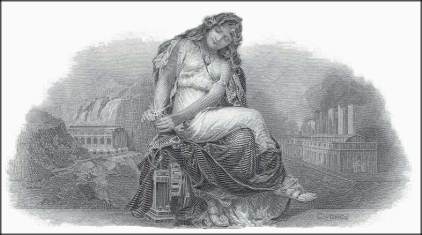 Certificate Vignette
The National Conduit and Cable Company began operations in 1891 in Hastings, New York. They produced conduits consisting of cement-lined steel tubes, and later, cable wrapped in pregnanted paper for the transmission of electrical power for early electric utility companies. In 1929, the Anaconda Cable and Wire Company took over the business and operated it until 1975 when the plant closed down. The Atlantic Richfield Oil Company of Los Angeles eventually took over the Anaconda Wire Company.