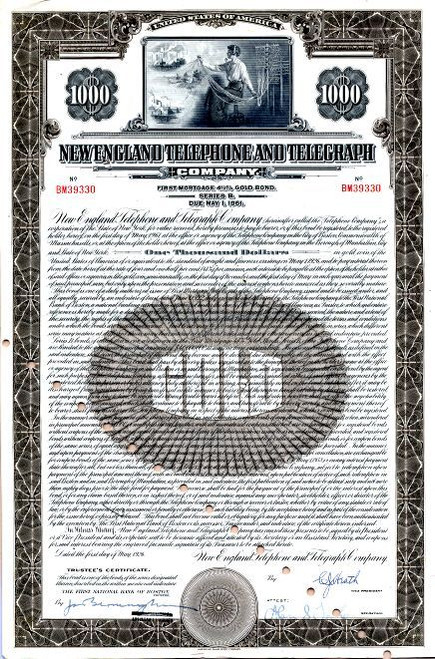 Beautifully engraved $1000 Gold Bond Certificate from the New England Telephone and Telegraph Co. (Famous Telephone Operator Vignette) issued in 1926. This historic document was printed by the American Banknote Company and has an ornate border around it with a vignette of an early telephone operator holding telephone wires connecting to different cities. This item has the signatures of the Company's officers and is over 94 years old. Punched cancelled. 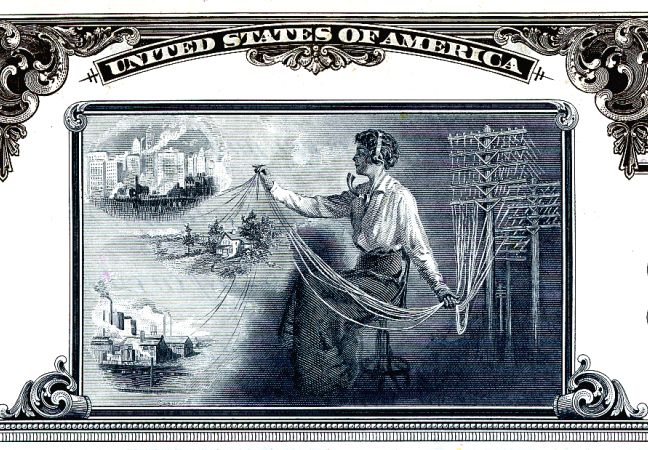